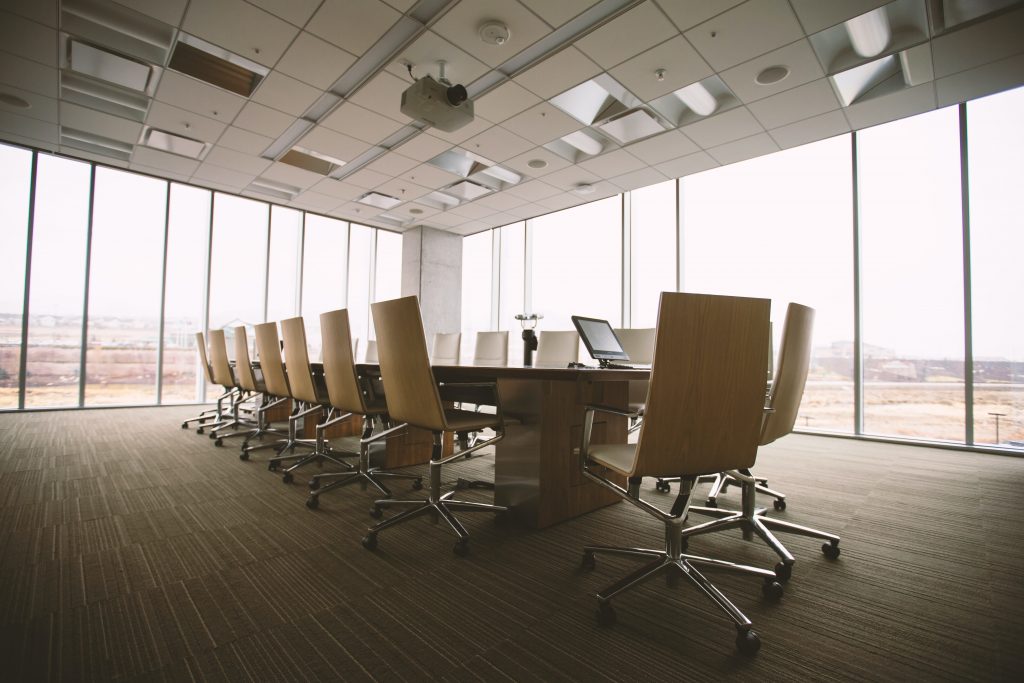 The Co-operative community got together for SNCF 14th Triennial General Assembly on 3 September 2020. Due to the COVID-19 pandemic, the Assembly was held virtually for the first time.

At the e-TGA, the late Mr Kwek Kok Kwong, Chairman of SNCF, highlighted the good works the Singapore Co-operative Movement had engaged in on the local and global front during the period of review FY2017 to FY2019.

The e-TGA hosted some 54 representatives from affiliated cooperatives in the four co-operative sectors, i.e., Credit, NTUC, Service and Campus. One of the highlights of the Assembly was the online election of the new SNCF Executive Council (Exco) for the new three-year term.

Deputy Group CEO of Seacare Co-operative Shena Foo was re-elected for the new term 2020 to 2023, and retained her position as Chair of SNCF Service Sector. 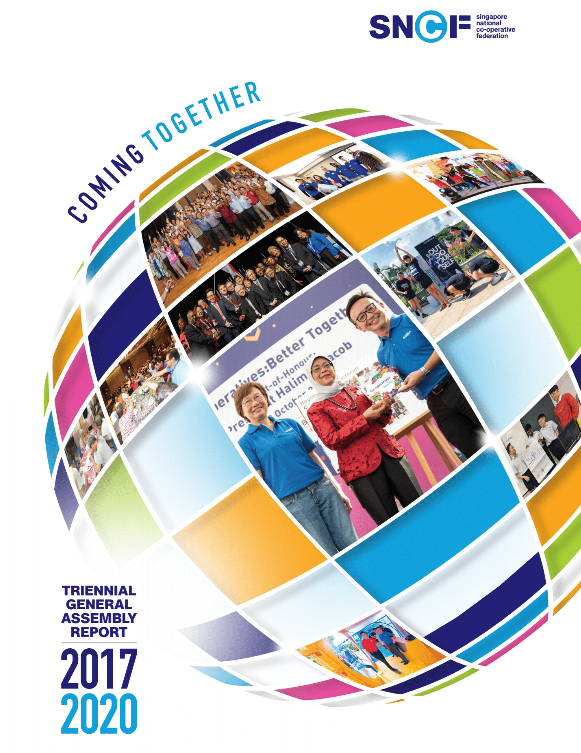 In the TGA report, Mr Kwek pointed out that the outbreak of COVID-19 has spurred the Co-operative Movement in Singapore to quickly step up and urgently respond to the needs of the SNCF affiliates and the community. As the apex body, SNCF has worked with the Registry of Co-operative Societies and developed measures that help co-operatives readily respond to challenges. The Central Co-operative Fund (CCF) Support Package, costing around S$1 million, has been rolled out to assist co-operatives. It comprises the reduction of first-tier CCF contributions for the first S$500,000 surplus from five to zero per cent for one year; and a grant of S$2,000. This is in addition to the various measures announced by the Government such as the job support scheme, wage credit scheme and property tax rebates.

Many co-operatives too have reacted by assisting the different vulnerable groups.

“We have achieved much over the years. We have shown that together co-operatives can create more – more value, more opportunity, more impact to society. So, let us continue to stay resilient especially in this current climate. This is the time to dig deeper to grow our roots on the co-operative principles and values and stay true to our mission of delivering social impact sustainably. Co-operatives are certainly crucial players for building a better future and I am upbeat that we will grow from strength to strength in the next three years,” Mr Kwek said.

In her report as the Chairperson of the Service Co-operative Sector, Ms Shena Foo wrote about how the service co-operatives, though diversified and covering a host of economic and social sectors, from medical to travel to education services, “are all aligned on a social mission to make a difference in a sustainable way”.

For the past three years, the Service Co-operatives Sector has continued to stay relevant and resilient. Through strong collaboration among the affiliates, the pursuit to “Do Good, Do Well” for the community has driven the co-operatives to serve better.

On the Co-operative Advantage, Ms Foo highlighted that the cooperatives in the service sector “have in more ways demonstrated the power and strength in unity”.

Motivated by the same purpose, values and principles, partnerships become a natural progression. While each co-operative has its own reach and set of relationships within the community it functions in, together, we all have a coherent identity that we anchor ourselves to. That is the Co-operative Advantage. Leveraging our Co-operative Advantage, we can collaborate and build a more sustainable future for the Co-operative Movement to continue to contribute to the greater good in Singapore. 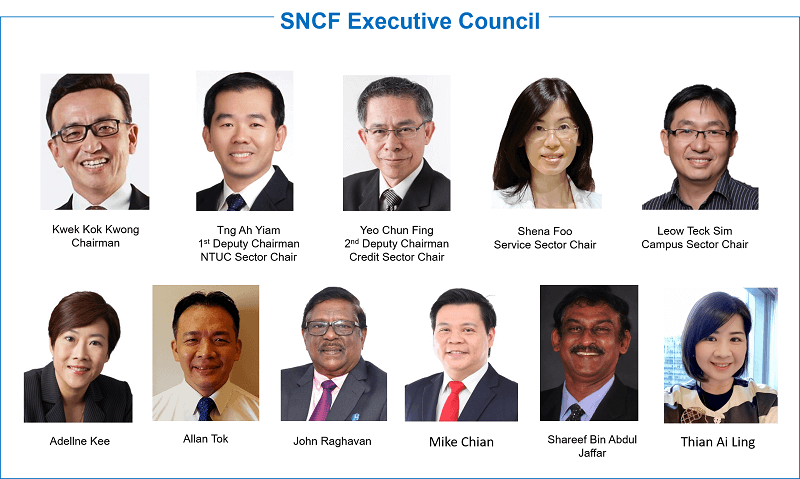 The late Mr Kwek Kok Kwong was re-elected as the Chairman for the new term 2020 to 2023. Existing Exco members Mr Tng Ah Yiam and Mr Yeo Chun Fing, who renewed their terms of appointment, were re-elected as the First and Second Deputy Chairpersons respectively.

SNCF gets a new Chief Executive

Mr Ang Hin Kee has been appointed SNCF Chief Executive with effect from 1 November 2020. His appointment is concurrent with his roles as the assistant director-general of the National Trades Union Congress (NTUC), and its director of operations and mobilisation.

A former Member of Parliament in the Ang Mo Kio Group Representation Constituency, Mr Ang brings with him more than 15 years of experience in working closely with the ground to ease employment and employability concerns.