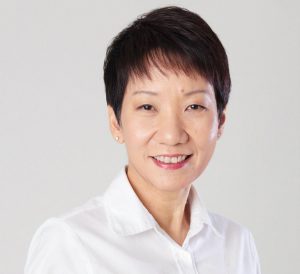 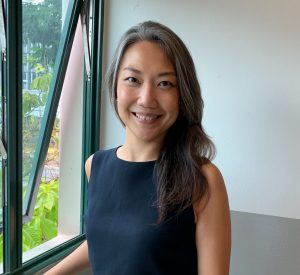 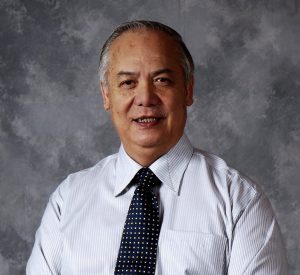 As of 1 March 2021, Mr Lim Boon Heng, Mr Zulkifli Mohammed and Mr Arthur Fong will step down as SOS advisors while Ms Carrie Tan, MP for Nee Soon GRC for Nee Soon South, will take on the role as advisor to SOS.

Ms Carrie Tan, a veteran in social service and founder of charity organisation, Daughters of Tomorrow, will assume her new role as SOS advisor, alongside current advisors, Ms Grace Fu (since 2006), Minister for Sustainability and the Environment and Brother Leow Ching Chuan, Executive Advisor.

SOS expresses utmost appreciation to Mr Lim, Mr Zulkifli and Mr Fong for their tireless contributions and guidance over the years. 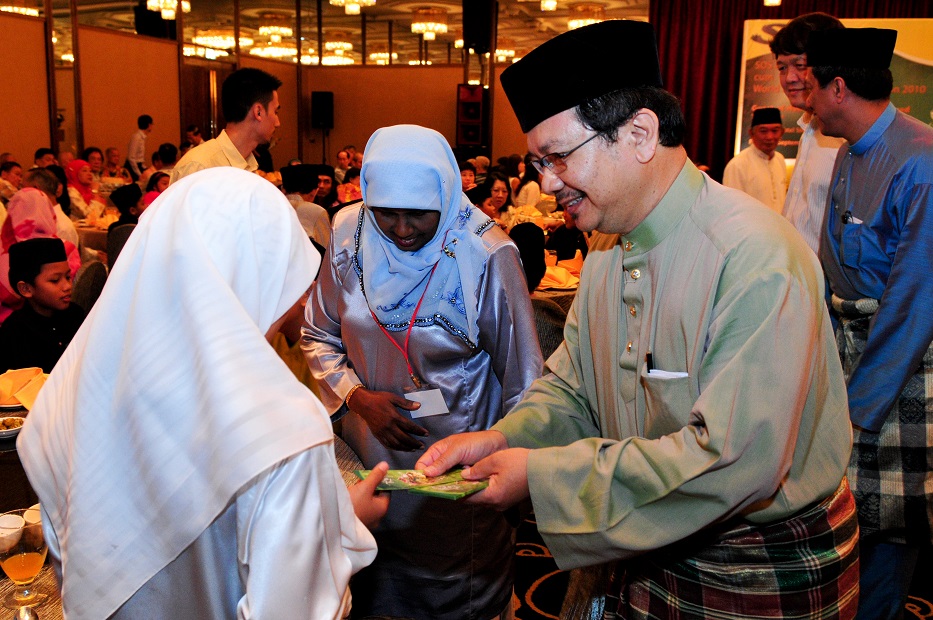 “SOS is privileged to have Brother Lim, Brother Zulkifli and Brother Fong as our past advisors. Many of us share fond memories of their involvement in our union’s activities. We would not have been able to accomplish what we have set out to do without their wise counsel and patient advice. We sincerely thank them for their contributions and in believing in our mission,” SOS President Kam Soon Huat noted.

Mr Lim, an advisor since 1983, played an instrumental role in the development of SOS and Seacare Co-operative, especially during their formative years. Mr Zulkifli and Mr Fong, advisors since 1991 and 2002 respectively, likewise offered invaluable advice and support, which were integral to the success and achievements of both organisations. 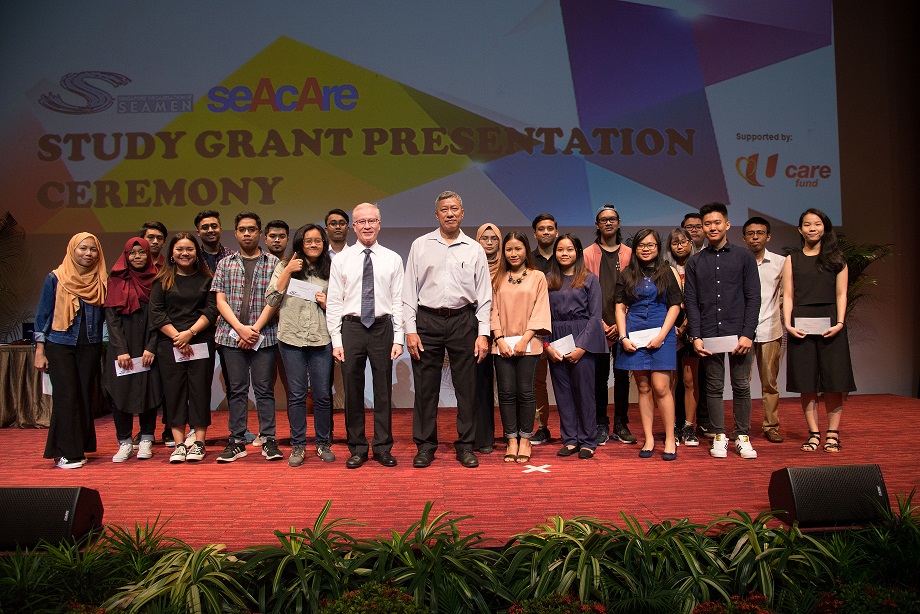 Welcoming Ms Tan as new advisor, SOS General Secretary Daniel Tan said: “We are confident that Sister Tan will bring invaluable input to our organisation with her wide social network and experience in serving the community.”

The Labour Movement’s symbiotic relationship with the People’s Action Party (PAP) can be traced back to the party’s founding in 1954. Unionists formed the majority of the attendants at PAP’s inaugural General Meeting as they needed the government to look after the interests and livelihood of workers.

PAP in turn needed the strong support from trade unionists in implementing measures and policies that benefit workers and Singaporeans. The appointment of PAP advisors in unions is an example of strengthening this symbiotic relationship.

Brother Lim Boon Heng has been a good staunch friend of SOS, as well as being its Advisor. Despite his heavy commitment in the NTUC, he thought deeply about the perennial problem of jobless seamen who are SOS members, whose plight he greatly sympathised. 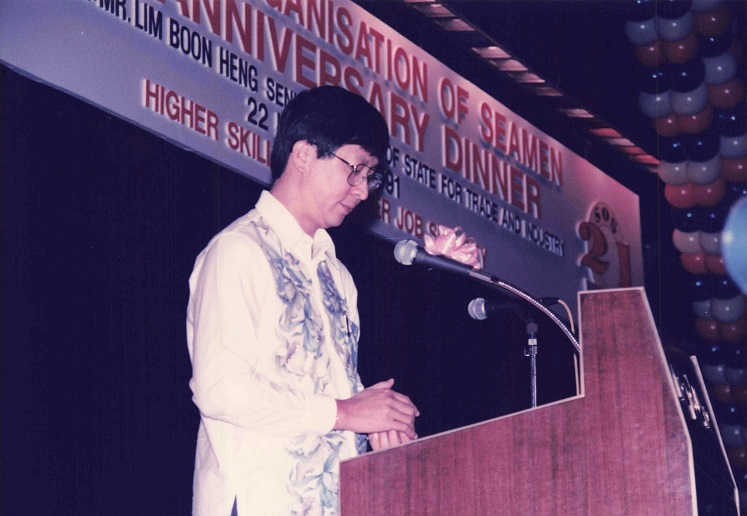 Seen here at SOS 21st Anniversary in 1991, Mr Lim has always been a strong supporter of SOS events

It was Brother Lim who inspired and encouraged SOS to set up Seacare Co-operative to find jobs for seamen and strengthen SOS’s funding. 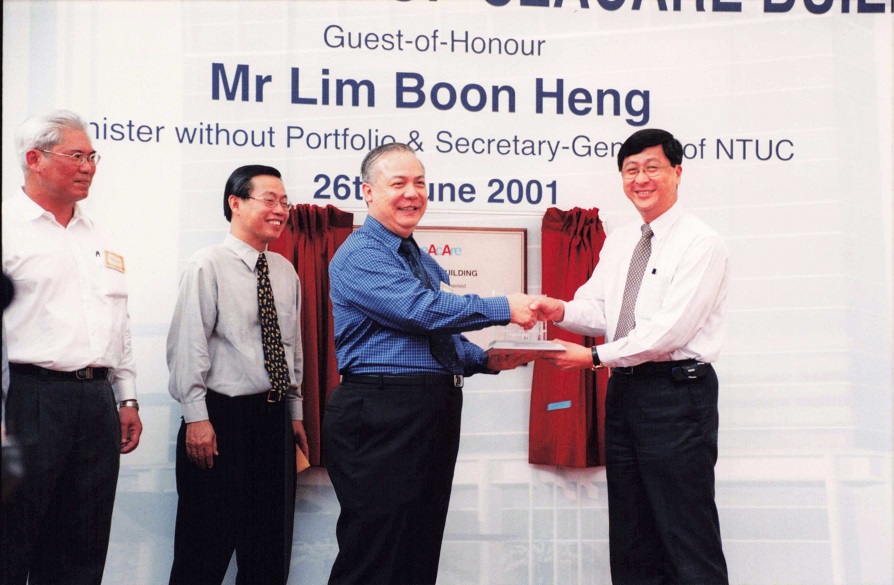 Today, SOS and Seacare stand tall and steady among their respective trade unions and co-operatives, a proud testimony to the vision and foresight of Brother Lim. SOS and Seacare are forever indebted to Brother Lim for his unfailing advice and support. Thank you for serving us all for 38 years as Advisor.